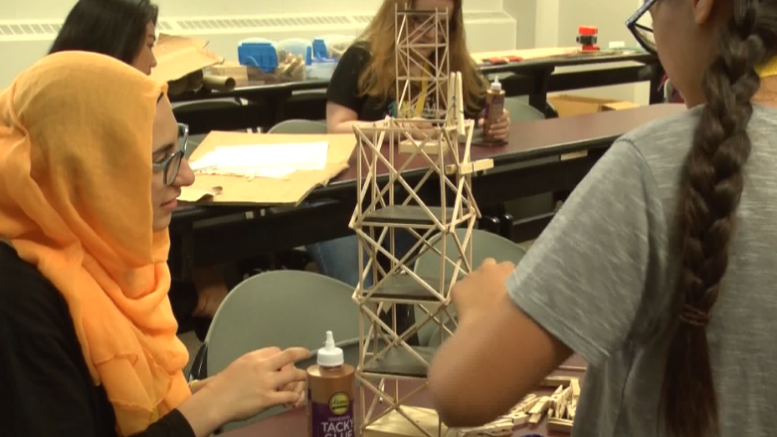 HOUGHTON — Michigan Tech can add another distinction to their list of awards this year, the university was just named a Top Online School for Women in STEM.

SR Education Group recently released the 2017 Top Online Schools for Women in science, technology, engineering and mathematics (STEM). Michigan Tech, along with 64 other schools, was listed.

“This recognition also aligns well with our strategic plan goals of increasing the participation of women in Michigan Tech’s programs and also in STEM and related disciplines. So, it aligns really well with everything we’re trying to do here,” said
Provost and Vice President for Academic Affairs, Jackie Huntoon.

Requirements to make the list include offering at least 10 fully online STEM degrees, evaluating them on factors indicative of support for female students in STEM and available online resources for these students. Yoneé Bryant-Kuiphoff graduated from Michigan Tech’s online Master’s of Applied Science Education program in 2014. She teaches downstate and strives to show all of her students the importance of higher education.

“It’s important that students are able to see all of their options and that they’re not pigeon-holed into just smaller areas of their abilities. My students, I want them to be able to see that the sky is the limit. If they want to be the next Sally Ride on a rocket, I want them to have that opportunity to develop their skills to get there,” said Bryant-Kuiphoff.​

According to the U.S. Department of Commerce-Economics and Statistics, women make up less than 25 percent of STEM jobs, despite being almost one half of the total workforce.