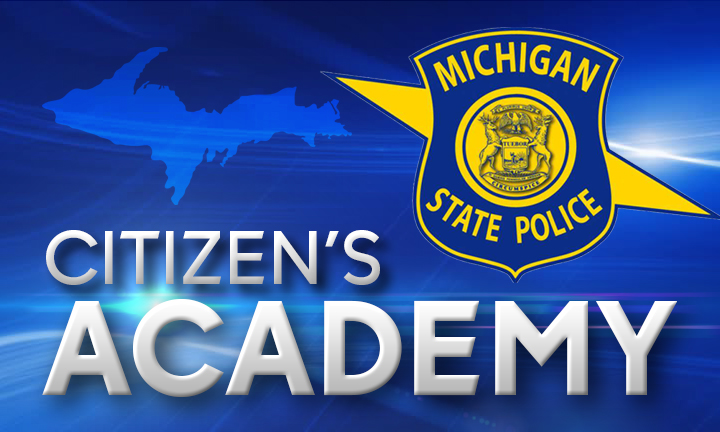 NEGAUNEE — The Michigan State Police kicked off their eight week-long Citizen’s Academy last week with an open house for the public. A select group of locals gathered for the first in-class portion, which focused on dispatch services, Wednesday.

A dozen bright-eyed locals were ready to learn Wednesday morning at the Michigan State Police’s Citizen’s Academy. Trooper Stacey Rasanen and Post Commander First Lieutenant Clint Michelin kicked off the morning talking about the basic structure of the MSP and essential functions it provides. Michelin explained how the various local agencies work with each other in terms of jurisdiction as well as the general decline in work force.

A 9-1-1 crash course dominated the second half of today’s meeting as an MSP emergency dispatcher briefed the crowd on the basics of 9-1-1, how it works as well as the role dispatchers play.

“We’re the gateway to the public safety community. Nothing happens unless it goes through dispatch. No matter if you need police, fire, ambulance-if you don’t talk to dispatch, you’re not going to get that resource,” said Jonathan Cieslinski, an emergency dispatcher. “It comes through us and being able to communicate and work with dispatch and tell us what you need so we can get you what you need is crucial. This system falls apart if we’re not involved with it.”

The Negaunee Regional Communication Center, which is housed at the Negaunee Post, is unique in that it acts as a primary 9-1-1 center for five U.P. counties as well as a dispatch center for District 8, which covers the entire U.P, and District 5, which includes a few counties in the southwestern part of the Lower Peninsula. Dispatchers assist District 5 only when they need it, playing more of an administrative role whereas here in District 8, they’re more hands-on in terms of taking calls and sending officers.

Dispatchers, which are required to go through a basic and advanced telecommunicator class to receive certification, often face some pretty tough calls. In 2016, Negaunee’s dispatch center fielded over 1,000 calls pertaining to a plethora of different crimes. The top four included violation of a controlled substance, obstructing justice, operating under the influence of liquor or drugs and non-aggravated assault. The four offences combined made up a total of nearly 46 percent of the calls last year. Cieslinski said his job does get pretty stressful, but it’s well worth it.

“Even on the bad days you’re doing something that makes a difference. I’m not going to an office and making a report or something-I’m having a direct impact on someone’s life at their worst moment.”

The class will be discussing use of force and personal safety next week.

One person hospitalized after ending up in ditch