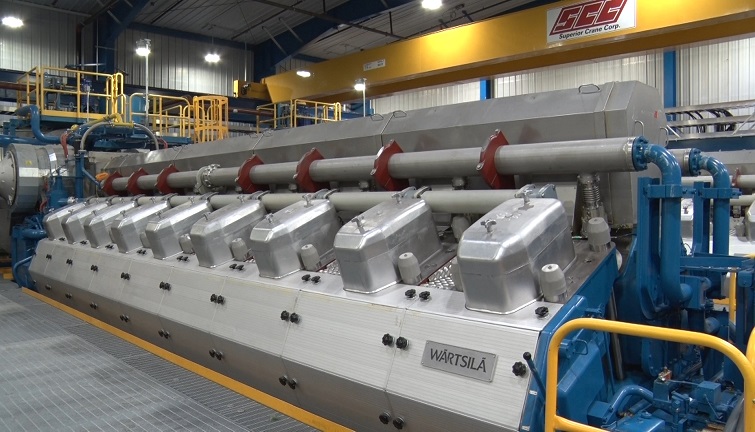 MARQUETTE — The future of Marquette’s energy needs will soon be fully operational.

ABC 10 was granted the first behind the scenes look at one of the three Wartsila Engines firing up at the Marquette Energy Center. Each of the engines produces 110 db of sound.

Kitti says the goal is to have the Marquette Energy Center producing power for customers at the end of the month.

“This is going to create great reliability,” said Kitti about the Marquette Energy Center. “This plant will be fully operational and online for 50 plus years. It’s really smart power generation. It’s the new model for the future as we move into gas here.”

Once the energy center is running, the Shiras Power Plant will go offline for a while, but there are plans for it to still be used next year.