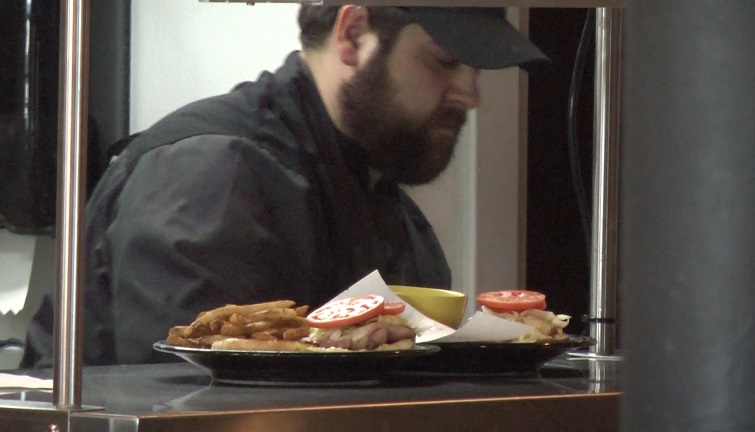 MARQUETTE — A restaurant that’s been open for nearly two weeks has been nothing but busy since opening its doors.

Right across the street from Lake Superior sits Iron Bay Restaurant and Drinkery. Co-owners Joe Constance and Jill Hayes spent the better part of two years trying to acquire the historic space to open the restaurant.

“It’s a lot of very reasonably priced good meals and nice portions. Some of it is from an old restaurant that I used to have called ‘Big Al’s’, like the Hammy Sammy,” said Constance. “So many people tell us this is the best location in the city and we think so too. Not only is it cool and historic, but being on the water it’s just a beautiful location,” he added.

Constance and Hayes have a combined 60-years worth of experience in the food industry. Iron Bay is open daily from 11 a.m. to 11 p.m.

And later this year, a tap room will open in the same building later this year. It will feature beers from different breweries across the Upper Peninsula.