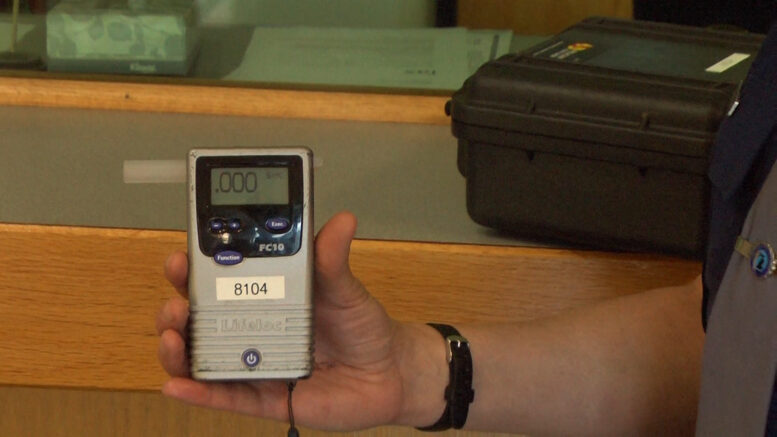 NEGAUNEE– Michigan House Bill 4213 has passed legislation, allowing minors to refuse requests by peace officers to take a breathalyzer test, but companion Bill 4212 is currently still in committee and not backed by local officers.

House Bill 4213 requires peace officers to ask minors to take a preliminary breath test also known as a PBT. These same requirements have already been put in place at the federal level.

“It’s not something we’re doing right now anyway,” Sergeant Matt Williams said. “We don’t force a PBT in someone’s mouth and tell them to blow, we request that they take one.”

The companion Bill 4212 would change the process of roadway safety according to officers taking away a major tool used for enforcement. Bill 4212 eliminates an officers’ authority to require a person operating a vehicle to submit to taking a PBT test- making the officer only have the authority to request a breathalyzer.

“That’s something we definitely do oppose,” Williams said. “I think drivers are definitely held to a different standard than someone just lawfully in their house or in their yard or just walking down a sidewalk. One of the tools law enforcement has to help combat impaired driving is the PBT.”

Prohibiting an officer to require a test means if the driver refused, a court order would need to be issued. The Bill also eliminates the civil infraction ticket, a two-point penalty currently given on a drivers’ license upon refusal as well as the $150 fine.

“The PBT is a great tool to use and to drivers so that we can actually have a scientific tool that says this person is over the limit or this person is under the limit,” Williams said. “Then make a decision on the roadside about that, rather than bring them back to a jail and have more road tests done there or blood tests and then wait on results for that.”

According to the Michigan State Police driving audit 134 breathalyzer tests were issued, 51 blood tests, and 21 refused.

Both Bills were introduced by Rep. Pete Lucido, a Republican from Macomb County’s Shelby Township.