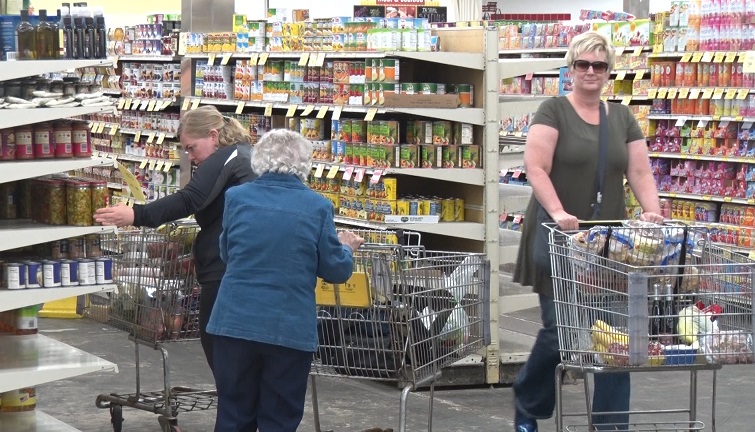 MARQUETTE TOWNSHIP — “We’re going to give our customers something a little different they can’t get anywhere else. It’s going to be the nicest store in Marquette County.”

Attention Shoppers: Things look a whole lot different at Super One Foods in Marquette. The store is in the process of a 54,000 square foot face lift at a price tag of $4 million. Some of the aisles have already been flipped while the renovations take place.

“Now we’re going to start tearing up the floors to put our new produce department in and our new beer, wine, liquor and deli departments,” said Robert Delongchamp, district manager for Miners Inc. “As we go around the store things will transform to the new look we have throughout our company.”

The store will look similar to the renovations that were recently done at Super One Foods in Iron Mountain. Delongchamp says the entire project should be done come September.

“Every department will see upgrades and more emphasis on just making it easier for the customer giving them a one-stop shop,” said Delongchamp.

The Marquette store hasn’t seen any upgrades since 1992.

“Our company has been growing tremendously over the latest 20-30 years and they’re changing styles,” said Delongchamp. “It just so happened that we were towards the end of the remodel listing. We kept our store in shape and now it’s going to be even better.”