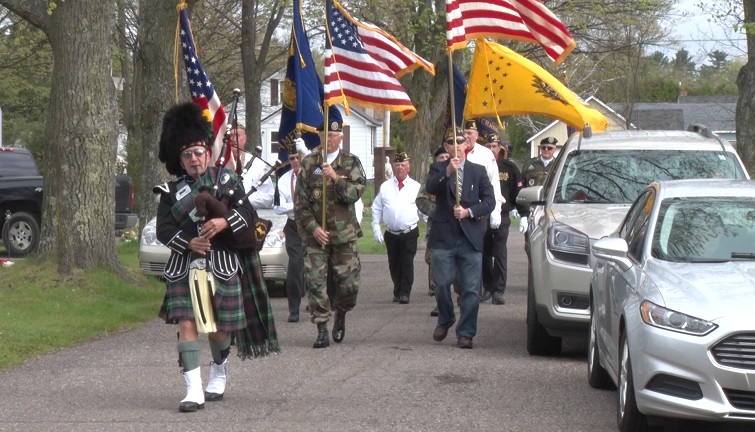 ISHPEMING — Since 1971, the last Monday in May has been set aside to remember the men and women who lost their lives while serving in the United States military. From Hermansville to Marquette, the Upper Peninsula honored those brave soldiers Monday.

About 150 spectators showed up to the Ishpeming Cemetery for the service put on by VFW Post 4573. The service featured a few speeches, the laying of a wreath and flowers near a grave-site and patriotic music.

Dennis Tonge is the First Senior Vice Commander with the Ishpeming VFW Post. His military career spanned thirty-two years in the Marine Corps and National Guard.

He says Memorial Day means everything to him.

“From the time I served, in the period of time, it means a lot because you lost them in every conflict there was,” said Tonge. “My father was in World War II. My uncle was in the Korean War. It goes back a long ways,” he added.

Following the service, lunch was held at the VFW Post. Memorial Day started back in 1868, three years after the Civil War claimed the lives of 620,000 soldiers.

Marquette beaches closed due to weather