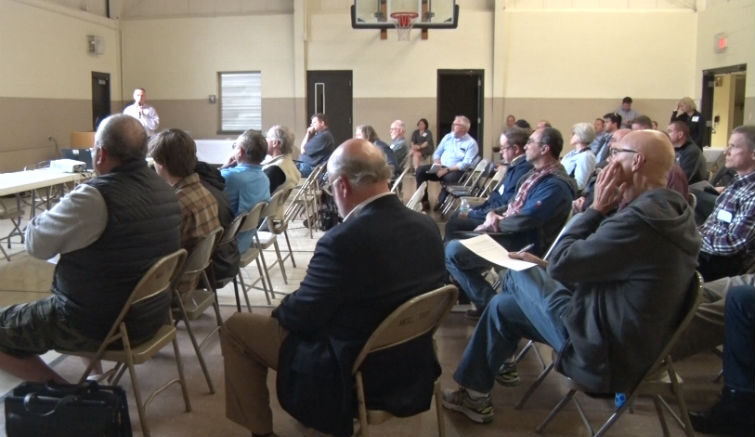 NEGAUNEE TOWNSHIP — Nearly four months ago, the Upper Michigan Energy Resources Corp, or UMERC, filed a proposal with the Michigan Public Service Commission to build two natural gas stations in the U.P. They held an open house Wednesday night in Negaunee Township to update the locals.

As a part of UMERC’s commitment of continued communication with residents, the open house included a presentation and Q and A session with the project manager. The proposed stations would go up in Baraga and Marquette Counties and would effectively retire the Presque Isle Power Plant, which is coal-operated. A spokeswoman with UMERC said the $275 million project would not only be cost effective, but will serve as a reliability solution and reduce emissions in the area.

“The project is all about improving the electric system in the U.P, setting the framework to be able to close down the Presque Isle Power Plant, eliminate some transmission lines and really increase the robustness of the electric supply in the U.P,” said Project Manager, Terry Carroll.

“The reliability issue is really the biggest positive for residents,” said UMERC Spokeswoman, Amy Jahns. “We want to make sure there’s reliable power and this is a solution that we feel is the best way to do that.”

UMERC is expecting a response to their proposal sometime this fall. If approved, construction for the stations will start next spring with a goal of being up and operational by the summer of 2019. A separate study will be conducted if the proposal is accepted to decide when to retire the Presque Isle Power Plant. For more on the proposal, click here.

Traffic re-routed after accident on U.S. 41