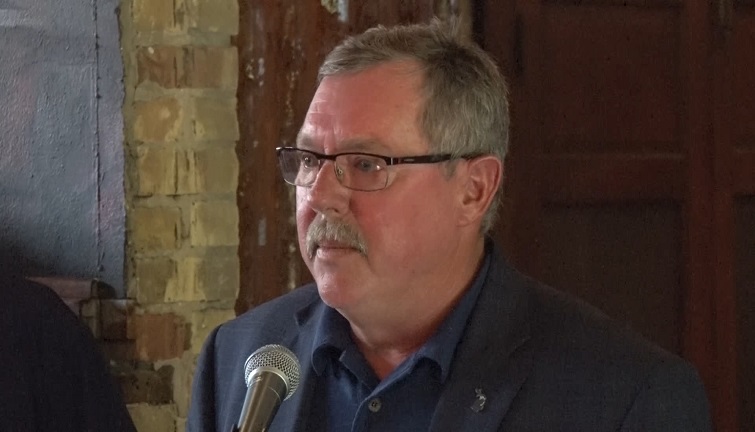 Arwood has served as the CEO of the MEDC, as well as president and chairman of the Michigan Strategic Fund since January 2015. Prior to that, he also served in the Snyder Administration as director of Talent and Economic Development (TED) and director of the Michigan Department of Licensing and Regulatory Affairs.

“Steve has served the people of Michigan tirelessly in so many ways and I am thankful for his willingness to step in and step up wherever he was needed,” Gov. Snyder said. “I wish him and Cheri well as they step away from public service. I hope they both appreciate how much their hard work has meant to helping with the reinvention of Michigan and providing a bright future for generations of Michiganders.”

Arwood plans to spend more time with his family and enjoy a Pure Michigan summer in the coming months. His wife Cheri recently retired after 33 years in public service, most recently as the extradition coordinator in the Governor’s Office.

“I am very proud of my MEDC team and the work we’ve accomplished over the past three years, from transformational projects with important impacts on Michigan communities to helping shape the exciting future in the mobility industry,” Arwood said. “Further, I’m grateful for the opportunity to have served in Governor Snyder’s administration in multiple roles. Coming out of the lost decade, we’ve made significant improvements to Michigan’s business climate and the momentum continues to grow.”

Prior to joining the Snyder Administration, Arwood worked at Windlab Development, USA, LTD, where he served as U.S. regional director. He has worked in wind energy development, conservation and business development since 1999. He also previously served as deputy director and other executive management positions at the Michigan Jobs Commission under former Gov. John Engler; and as director for the Michigan House of Representatives Programs and Policy, and the National Federation of Independent Business – Michigan.

Gov. Snyder is recommending that the MEDC Executive Committee appoint Jennifer Nelson as the interim director of MEDC. Nelson has been with the MEDC for 11 years and currently serves as executive vice president of business development.

The Governor also will appoint a new president and chairman of Michigan Strategic Fund.

“Jennifer is a natural choice to help us with this transition at the department,” Snyder said. “She knows the department inside and out, and is a key leader in all major business projects and marketing initiatives that are helping to grow Michigan.”

The MEDC CEO is charged with implementing and executing MEDC’s core mission of business development and attraction, community development, providing access to capital and improving Michigan’s image and brand.