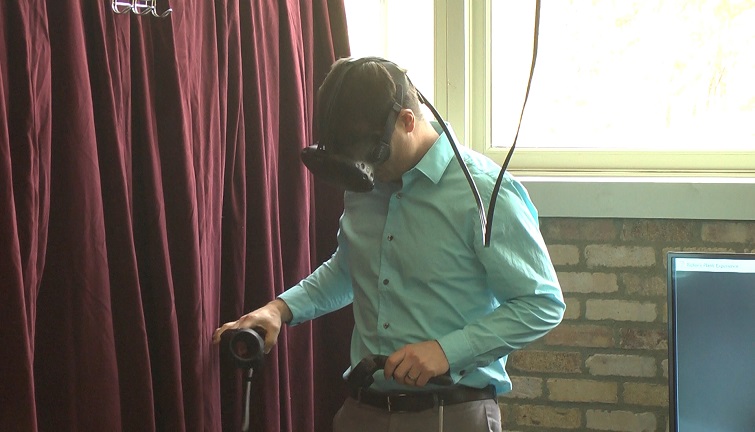 MARQUETTE — “Everybody had this idea that this was going to be the future. Several companies have tried it throughout the years. It’s been going on for decades. You can actually physically look all the way around,” said Rob Schirlin, manager of Edge of Reality.

The future of gaming is available in Marquette for a limited time. Edge of Reality, owned and operated by NeuroTrainer founder Jeff Nyquist, is offering gamers of all ages the chance to experience Virtual Reality gaming.

“There’s not much of this across the country yet. It’s still very early,” said Nyquist. “We just happen to become experts in Virtual Reality as we were doing NeuroTrainer cognitive medicine. It was an easy fit for us.”

Edge of Reality opened Friday afternoon. They have four gaming stations with a variety of games ready for customers to play.

“From the serious gamers to the kids to the older folks, we’ve got everything,” said Nyquist. “We’ve got first-person shooters, we’ve got racing games, we’ve even got 3-D Painting.”

Putting on the headset and experiencing it firsthand is a rush. Walking across a plank on the ground is one thing, but when it’s in a Virtual Reality world, that same plank is stretched across two skyscrapers- and one wrong move- could be the end of your Virtual Reality life.

Edge of Reality will only be in business through the end of the month. They are open seven days a week at 337 West Washington Street.

It’s $20 an hour for gaming you won’t find anywhere else. For more information, click HERE.

Walmart Shoplifting Suspect Turns Herself In