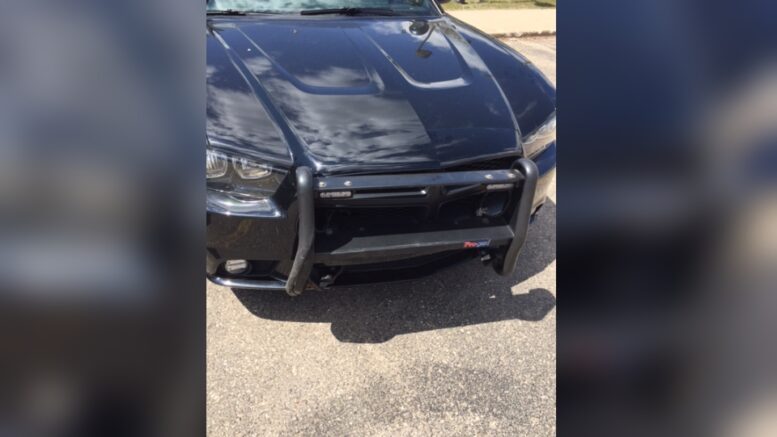 According to the Iron Mountain Police Department, the woman was leaving the police department ‘In a fit of rage’ just before noon. While pulling out of a parking space, she hit two squad cars with her Dodge pickup.

She remains lodged at the Dickinson County Jail. Her name will be released after she’s arraigned in district court.

Campgrounds Emptying Out After Healthy 4th

Aquila secures another permit for Back Forty Project