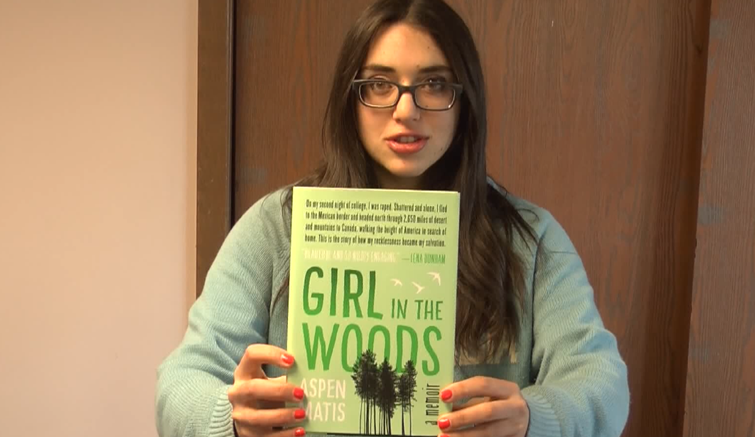 HOUGHTON — One in four women will be a victim of sexual assault while at college. One woman who turned her experience into an inspirational story.

When Massachusetts-native Aspen Matis stepped onto the campus of Colorado College her freshman year in 2008, she had no idea that in less than 48 hours, her entire life would change. Aspen was raped her second night at college and when school officials dismissed her claims, she dropped out and headed to the wilderness.

She’s now in Houghton to tell her story to students at Michigan Tech.

“Girl in the Woods” Author Aspen Matis said, “I wanted to also show how a rape was not the end of my life. It was the beginning of something bigger and to show how that is possible and also because it was a wild and dangerous story in which I almost died a lot of time on the trail and kind of a great adventure felt worth capturing and sharing.”

She then took the writing that she did on the trip and put them together in her memoir ”Girl in the Woods”…published in 2015 and now an international bestseller.

In addition to becoming a successful author, Aspen has been a speaker for RAINN’s national anti-sexual violence campaign (Rape, Abuse & Incest National Network) and an advocate for trauma survivors.

She now lives in New York and is attending Columbia University.

Her book “Girl in the Woods” is available online and in bookstores everywhere.

Aspen is speaking tonight on the campus of Michigan Tech starting at 8pm in Fisher Hall room 135.

Man starting his life over after social media firestorm