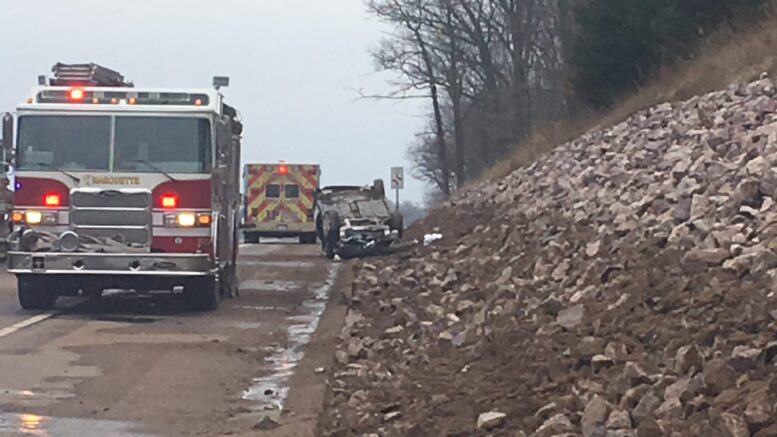 Emergency crews responded to a report of a personal injury accident on U.S. 41 near Nicolet Blvd. around 2:00 P.M. The driver, 71, of Negaunee lost control of his vehicle while heading southbound. His vehicle left the roadway, struck an embankment, and rolled several times before coming to a stop on its roof.

The driver was extricated from the vehicle by the Marquette Fire Department and was treated on the scene. The driver was taken to UP-Health System by EMS for further treatment. He sustained minor injuries and alcohol was not believed to have been a factor. The accident remains under investigation.

MARQUETTE COUNTY–Emergencies responders arrived at the scene of one car rolled over on US-41 at around 2:00 Monday afternoon.

At this time there is no word on how many people were in the vehicle or if anyone was injured.

An officer from the Marquette City Police on scene told ABC-10’s Jerry Taylor that officers were on the lookout for a reckless driver.