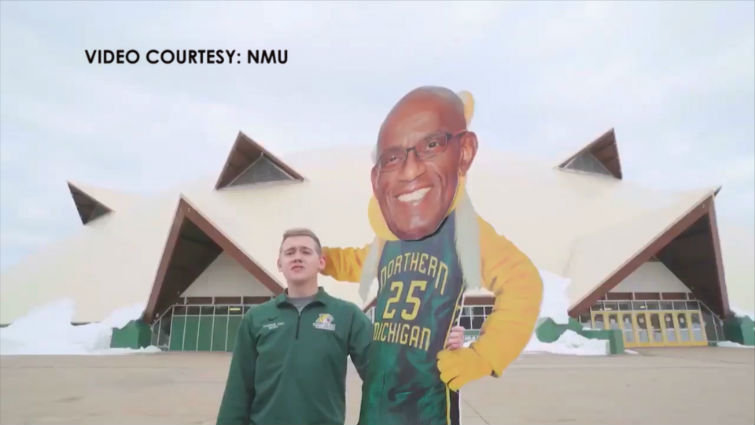 MARQUETTE–Northern Michigan University no longer holds the record for Worlds largest pasty but thanks to Al Roker students will break another World Record.

Tuesday morning at 5 a.m. 1,000 students will partake in the Worlds largest game of freeze tag.The game will be hosted with Al Roker and live on the Today Show, part of Rokerthon3.

“On Monday Al Roker will be visiting campus were talking about some possible ideas for him to pop in and meet students and facility and see what we do here at Northern,” Derek Hall said. “So it’s not only us setting a record and having fun on the show but they’re going to be talking about the academics. From a marketing perspective this is a great opportunity for us.”

Multiple students will be deemed “it” at the start of the game.

Hall said he doesn’t have any freeze tag tips for students, but there is a plan.

“I haven’t played freeze tag in years,” Hall said. “But the way we’re going to run it is we’re going to assign students into groups of 50 and each group will have a different colored arm band. At the last second we will announce which team of fifty or which arm band is it.”

Community members can come to the Dome and watch NMU break a third World Record. The university currently holds the record for longest skate board parade and the largest trophy.