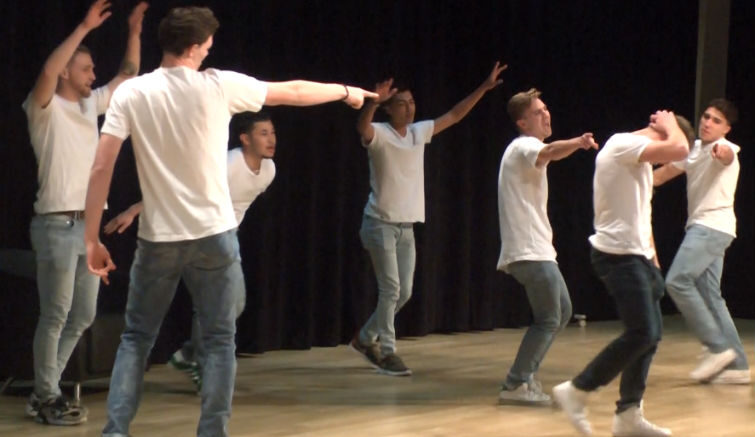 MARQUETTE — It was the lip sync battle of the year as teams of students at Northern Michigan University competed against one another to raise money for a good cause.

The Student Athlete Advisory Committee, SACC, held their third annual lip sync battle at NMU Tuesday evening. All athletic teams along with a group of Resident Advisers from the university lip synced and performed choreographed routines to various artists ranging from Metallica to Rihanna. And best of all, proceeds from the event went to the Make-A-Wish Foundation that serves the region as well as the Beacon House.

“Seeing them all come together and rally around and donate money, just a dollar here and there for each person but it helps a lot going towards Make A Wish program,” said senior captain for NMU’s golf team, Hunter Mires. “Seeing them put in the time and work with their team is pretty cool, seeing everyone just come together like this.”

In addition to the lip sync battle, SACC also conducts half court shots at basketball games and chuck-a-puck at hockey games to raise money for the causes. Other than donating money, the athletes also collect toiletries for Beacon House as well as make and serve food to the guests.