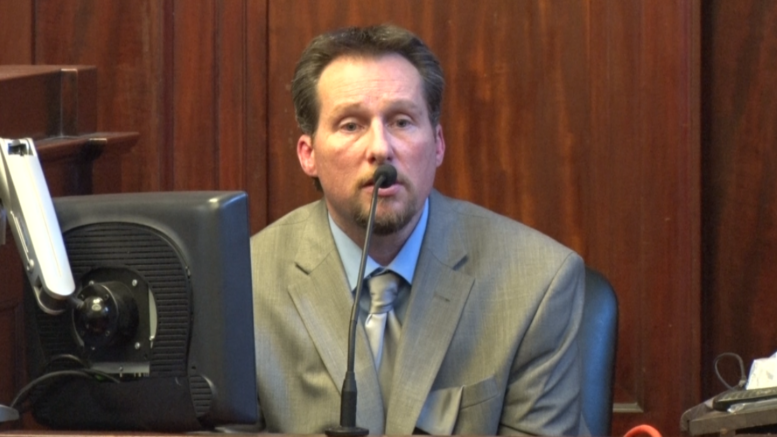 Sadowski gave a very different account than the victims, but it started out the same, with him being approached by one of the victims. Sadowski said, “She walked up to the driver side door, she asked me if I had a light. I told her that I did, she asked if she could get a light and I lit her cigarettes through the window.”

After that Sadowski brought the two women back to his home and mixed martial arts studio. He drank and smoked medical marijuana with them for a few hours before one confessed they stole around two-hundred and fifty dollars from him.

He said he was frustrated and disappointed after he learned this and asked for his money back. Then the victims began blaming each other.

“It would be back and forth between ‘we didn’t steal anything to’ to, mostly on *****’s part, Sadowski said. “***** admitted she stole, but she also varied on how much and who had what still.”

Sadowski said that lead to a fight.

“Jumped up, hit her with her right fist in the eye, then they grabbed each other by the hair and they started basically a girl fight,” Sadowski described. “They started pulling each other’s hair, they crashed into my desk.”

Sadowski said that the fight lead to many of his belongings, swords and CDs included, being knocked off the wall.

Man convicted of torture makes court appearance ahead of trial