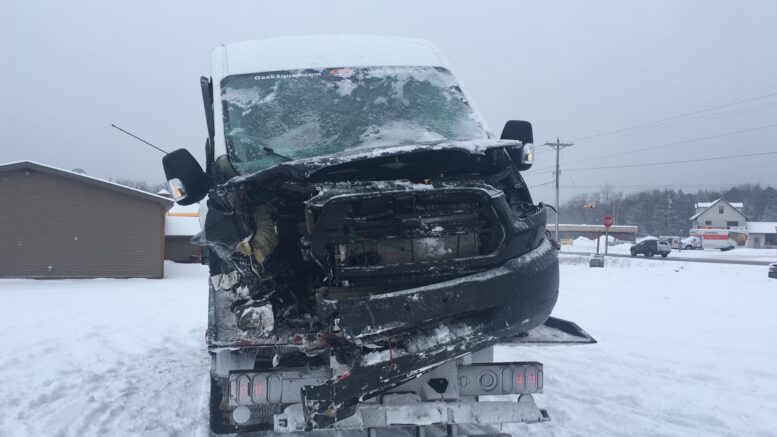 Dominique Bougie, 23, of Escanaba was traveling north in the pack of several other vehicles when those vehicles began to slow down, due to slippery conditions. Bougie also attempted to slow down, but lost control of her vehicle and crossed the center line into the path of a 2015 Ford Van driven but Craig West, 36, of Marquette.

Both vehicles sustained heavy damage and officers attribute the use of safety belts and airbags in reducing injuries to being minor. Bougie was found at fault in the crash and cited for driving too fast for the conditions.

MARQUETTE — Two vehicles were involved in a personal injury accident on Tuesday morning.

Emergency crews responded to county road M-553 near the Marquette County Fairgrounds around 9:00 A.M. on Tuesday. The accident occurred between a van and a passenger vehicle.

The extent of the passenger’s injuries are unknown at this time, both vehicles experienced extensive damage.