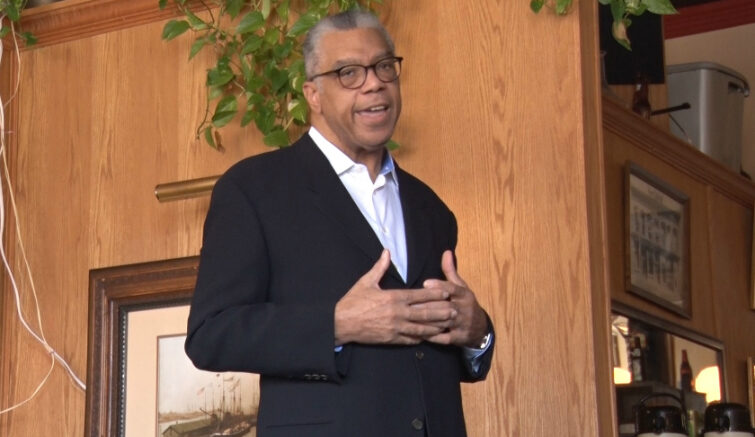 MARQUETTE — The race to replace Governor Rick Snyder as the top political power in the state is underway.

Another gubernatorial candidate made a stop in Marquette over the weekend. Bill Cobbs is from Detroit.

He had a stint with the U.S. Navy and was a Detroit Police Officer at one time. Cobbs was most recently an executive for the Xerox Corporation.

One of the biggest priorities he’s pushing is revamping the state’s education system. Cobbs does not believe in school of choice.

“I believe in public school education. I believe we’ve been sold a bill of goods by school of choice and charters,” said Cobbs. “We’ve got to fundamentally get back to taking the dollars that people pay in taxes and devoting those to public education, not through privatization of charters.”

Cobbs says if he’s elected governor, one of the first things he’s going to do is implement a statewide infrastructure replacement and refresh program to address the lack of broadband internet availability here in the Upper Peninsula.

Reaction to Afghanistan crash that killed 5 from Michigan