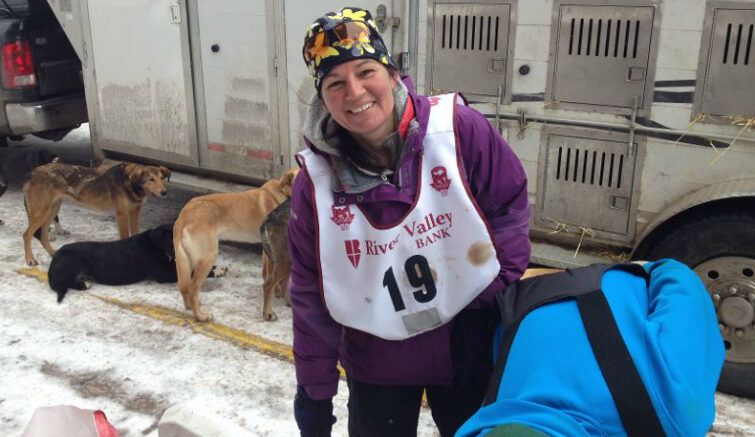 CALUMET — The 2017 CopperDog 150 came down to the wire Sunday afternoon in the Copper Country.

Anny Malo of Quebec, Canada won this year’s race by just two seconds over Ross Fraboni of Two Harbors, Minnesota. The 2017 CopperDog 150 was a 135-mile, three-stage race that took mushers and their dogs from Calumet to Copper Harbor and back over a three-day stretch.

Weather was not a factor during this weekend’s CopperDog 150 sled dog race.

The 2017 running of the CopperDog 150 concluded with the closest finish in the race’s history.

The three–stage sled dog race began in Calumet Friday evening, with the mushers heading to Eagle Harbor, then up to Copper Harbor on Saturday. The weather, which had been a concern leading into the race, turned out to be great

“Things have been very smooth,” said Labeau. “We were watching the weather but the weather has played in our favor and stayed pretty cool with a nice breeze and overcast skies. The mushers are happy about the trail conditions. I’ll take that as a good thing.”

Malo gives the credit to her furry team that got her there.

“We did three races in Canada and we finished second in three of them, so we were expecting a good position but I’m really glad they did it. It’s our fourth weekend so they really did good. I’m pleased.”

This is the first time the 22–year veteran musher has ran the CopperDog and she says she will be back.