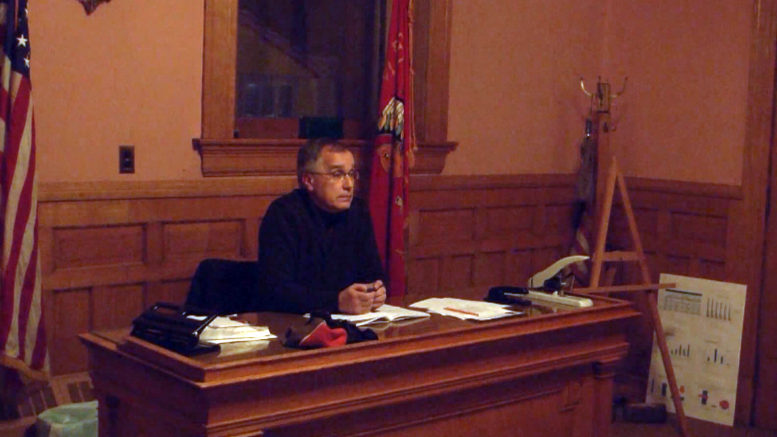 CALUMET — It’s back to the drawing board in Calumet as the village council voted to reset the clock in their search for a new police chief.

A standing room only crowd packed the council chambers during a special meeting Tuesday, many of whom expressed support for recently terminated police chief Joel Dobis. Dobis was let go earlier in the month, the council cites that his MCOLES (Michigan Commission on Law Enforcement Standards) certification had not been reactivated before he began in the position as the reason for his termination. The council will again advertise for applicants for chief. Dobis is welcome to reapply.

In the meantime, Officer Gene Thornton was rehired as interim police chief pending review of his medical release to return to work. Thornton reportedly suffered a self-inflicted gun shot wound in the leg when his firearm went off accidentally. Calumet Village President Dave Geisler says the meeting went well.

“It was great to see such a big crowd here in the Village Hall, a very spirited debate, pros and cons. I think everyone was respectful towards each other and I think the actions that the council voted to take were a reasonable compromise.”

The council also approved wording for a two-year contract for Village Administrator. An announcement on the hiring of new administrator is expected later this month.

There's a new chief in town