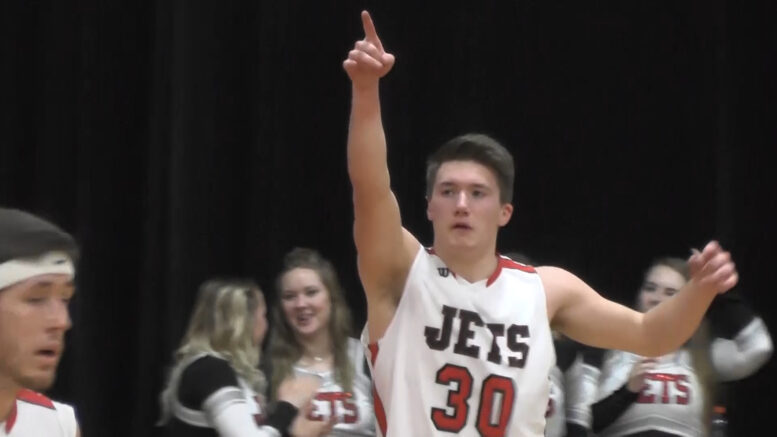 POWERS — Friday night, the North Central boys basketball team will have a chance to break the record for longest winning streak in Michigan boys basketball history. But it wasn’t without a few bumps in the road, most notably their last loss which came in the state quarterfinals back on March 18th, 2014.

“I missed a free throw on a one-and-one with no time left. Both me and the team have grown from that point because we know to be at the most high and most low. We’ve really grown from that. We just stick together and just lean on each other,” guard/forward Jason Whitens said.

“When that loss happened, it was really saddening in the locker room, seeing all those seniors that lost that game, and I never want to feel that moment in my life. Just by seeing that, I actually learned from it and I hope that never happens to us,” said guard Dawson Bilski.

“The kids did a great job of learning from that experience. They’ve grown and they’ve made their games better. They’ve done everything right in the classroom. That loss was something you can learn from and I thought our kids did a good job of that,” head coach Adam Mercier said.

From that day on, North Central proceeded to win 65 straight games, including back to back Class D state titles. And these small town kids are getting a lot of attention locally and from around the state.

“There’s a lot of things on social media about stats or how much we won by or certain things like that, and we actually try to avoid that. I’m not going on social media as much. I’m just kind of avoiding it. Every day we come into practice and we work as hard as we can and try to just do what we do,” said Bilski.

“The outside noise…they’re going to talk. They’re going to say a bunch of things. We just got to stay within ourselves, talk about our gameplan and what we want to do to succeed, and just keep it within us,” Whitens said.

Standing in their way is rivals Bark River–Harris, who rank #6 in the state and will not make anything easy for the Jets.

“We hope that our defense can set the tempo early. We know it’s going to be a dog fight. They’re going to come in to try and stop the streak. We really don’t need any extra motivation for this game. Neither team will. It’s always a rivalry game and each team is going to try to take it at each other. Whatever one handles the environment better is going to come away with a win on Friday night,” Mercier said.

The team says they aren’t paying much attention to the accolades they get along the way. But they are well aware of historical significance of their legacy and how grateful they are to be a part of it with their fans.

“We’re not the most talented team to come out of the Upper Peninsula. We never said we were. But for these three years, we want to be considered the best team to come out of our era. Also, the kids have prepared more than any other team in our era. It’s something that we’re very proud of and we thank all the community members for their support,” said Mercier.

“We couldn’t be more blessed to have a community and a coach to support us and guide us through this whole journey, so that’s really nice and it makes everything worth while,” Whitens said.

“I just wanted to thank the coaches and community and especially my teammates for everything they have done for me on this ride. And hopefully, we can come out with another state championship,” said Bilski.

We’ll have highlights and postgame reaction from Friday’s game on Friday Night Frenzy.

Jets looking for redemption vs. Hillman

Negaunee “mines” the Copper Kings in a boys basketball showdown