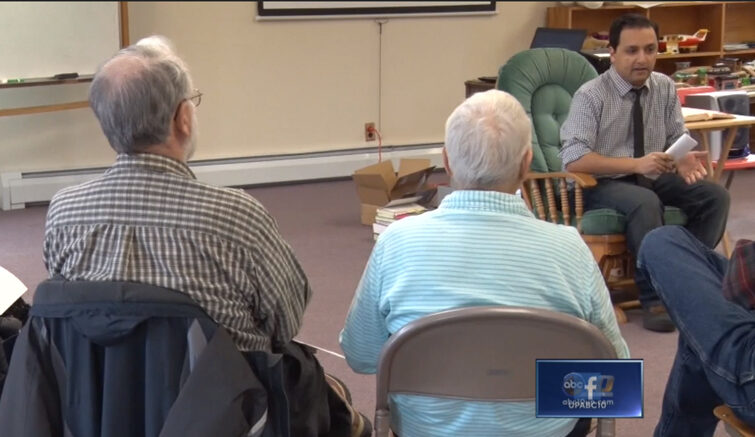 MARQUETTE — One local Lutheran Church is expanding their horizons by having multiple information sessions to educate community members on the religion of Islam.

Prince of Peace in Marquette has five different sessions, each of them teaching something different about the religion.

In today’s session, our very own Sam Ali, spoke about his practicing of the religion along with the similarities between Islam and Christianity. Holding an event such as this was something the Pastor of the church felt was needed to confront any false information regarding the religion.

Looking at the points of connection between the two religions can give everyone some clarity when practicing their own faith.

Being that Sam is one of the handfuls of Muslims in the U.P., he feels comfortable educating others and answering any questions they might have. In what appears to be a divided time in our nation, finding a common ground between religions is vital.

Sam is passionate about spreading awareness of his faith and discussing the practicing’s surrounding it. The next session will be held on February 8th and anyone from the community is invited.

Lawsuit filed against prison employees by family of dead inmate

Science and technology improvements for M.A.P.S.