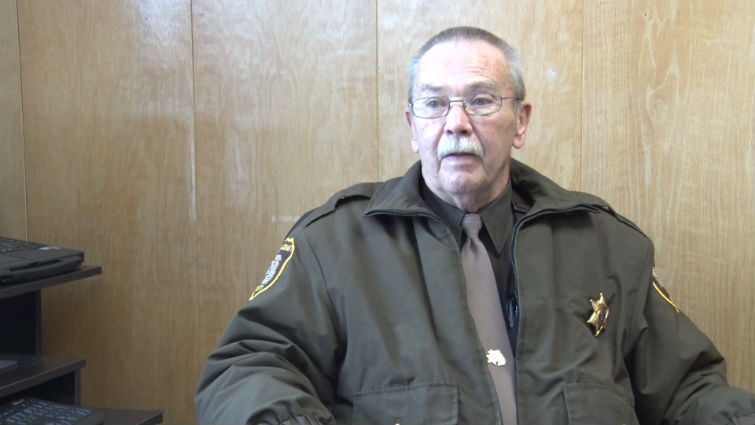 MANISTIQUE– The newly elected Schoolcraft County Sheriff says that there are some challenges in policing one of the largest counties in the Upper Peninsula with a relatively small population; but they hope to do their job well and improve their image.

For Schoolcraft County, there’s a new sheriff in town and he says he is gearing up to take on one of the county’s biggest issues.

“The biggest goal we have is to work on the drug issue we have in this county, the drug issue is out of control,” Schoolcraft County Sheriff Paul Furman said, “the prosecutor refers to it as an epidemic.”

The new department said there were a number of different things in the works to combat the drug problem.

The Schoolcraft County Undersheriff Darrell Dixon said, “We’ve just started our third week here so we’re going to have to develop some type of a laiazon so we’ll know what type of drugs, where the drugs are, what the heaviest type of drugs there are so that we’ll know how to develop a resistance to those drugs.”

However the Sheriff did say this was a huge problem to tackle.

“It’s just out of control the prescription drugs, hard drugs are moving in,” the sheriff said.

And another large challenge is to try to improve their reputation.

“They also want to improve the image of the department by becoming more involved in the community then they say past sheriffs have been.”

Sheriff Furman said that “our image has not been what I want it to be for the last few years.”

The undersheriff said “I think what we need to do is get our face into place, we need to start getting out into the community and letting them know that there is a sheriff’s department here.”

One way they want to begin this process is to start coordinating with other departments the area, such as the state and tribal police.

And especially to deal with the county drug issue, Sheriff Furman says working with residents is essential.
The sheriff said that “It’s a community involvement; it’s the whole community in this, to fight this stuff”

Both the sheriff and undersheriff say they have a open door policy for anyone with information regarding the county drug problem.