Blog Disclaimer – All opinions expressed in the blog on this website and on our designated social media pages are solely the contributing author’s opinions and do not necessarily reflect the opinions of ABC, Lake Superior Community Broadcasting, ABC10, CW5 or our parent company and affiliates. Read the full disclaimer here. 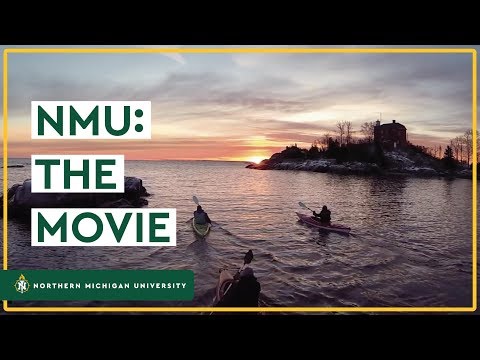 Do you recall the big uproar Wildcat students made when voicing their opposition to the proposed slogan for Northern Michigan University? It sparked some pretty heated op-eds in the Northwind Magazine, and on-campus chatter was quite skeptical of the new direction. “Fearless Minds” was developed by a marketing agency for NMU to replace “Northern Naturally”. Before its launch, students didn’t like it.

At the time, Fearless Minds wasn’t really a slogan, it was just two words connected to an ‘idea’. Not many people could understand the entirety of the marketing theme.

Beyond the production of “NMU – The Movie”, Northern-alum Josh LeClair will feature his signature cinematographic stunning stills in upcoming promotional material. LeClair, a Marquette resident, followed the film crew around for a week and captured photography you’ll see throughout the duration of the Fearless Minds launching campaign. LeClair has been featured in various other professional local projects, most notably during the Downtown Development Authority’s “Restaurant Week”. It gives the whole marketing theme a local-feel, adding a compelling fresh perspective to High School seniors considering higher education in the Upper Peninsula. Great choice.

As it turns out, the campaign feels quite empowering, and in the context of their website, and “NMU – The Movie”, an amazing tour of Northern Michigan University, the new theme is Wildcat gold. Pretty impressive, NMU.

Board of Trustees votes to add new sports at NMU