For 22 years the United States Postal Service has been collecting non-perishable foods for local foods banks as part of its Stamp Out Hunger initiative.

Each year during Mother’s Day weekend, letter carriers across the country pick up non-perishable foods along their route to donate to community food banks.

Pat Frye, Postmaster in Ishpeming, said, “The customers probably saw bags and cards in their mail; came around this week. They’re just asking if you can put non-perishable items in those bags and the carriers will pick them up on Saturday, which is May 10th; it’s always Mother’s Day weekend that we do this. It’s for a worthy cause; the food banks are low and we’re trying to fill them up.” 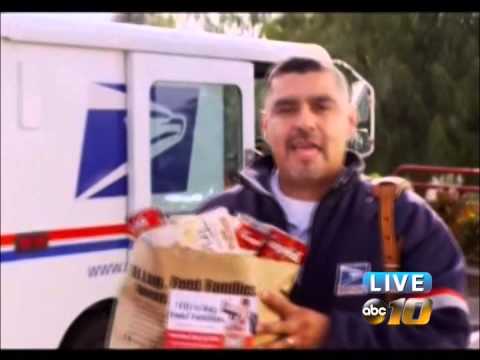 The Letter Carrier Can Food Drive began when a carrier from California had the idea to do more for his community. Twenty-two years later the program is going strong.

“This year I know the goal is to try and collect 74 million pounds of food, and of course that’s nation wide, and all that food, like I said, goes to the local food pantries to help the people that are less fortunate than others,” Frye said.

Again, the food drive is on Saturday and if you forget to place your bag by the mailbox, you can always drop it off at the post office lobby during business hours.

Project Feed a Neighbor is back