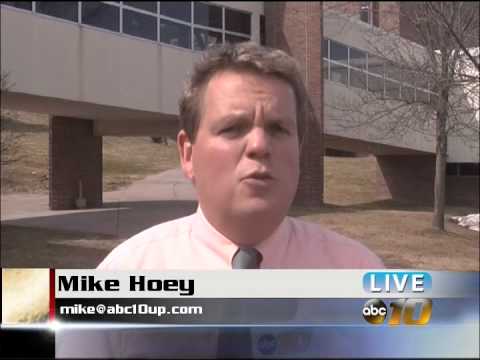 Cocaine, marijuana and meth are widely publicized in Ontonagon and Gogebic counties, but another type of substance abuse doesn’t receive the attention that it should.

“Prescription drug abuse is an area that we don’t hear a lot about because people don’t consider prescriptions as being illegal, since they’re getting them from their doctors,” Michigan State Police Wakefield Post commander Lt. Don Horn said. “Behind marijuana, it’s the fastest-growing drug that’s being abused at this time.”

“Prescription pills are a huge problem, and it kind of plays an affect of how bad the heroin problem is,” Upper Peninsula Substance Enforcement Team commander Lt. Timothy Sholander said. “Some of those drugs are kind of a synthetic form of heroin which kind of help people wean off heroin, but they still wind up abusing those drugs.”

There was good news at Gogebic Community College. Lt. Sholander said that as a result of a recent bath salts case, the supply of bath salts in the U.P. has dried up. Last December, Scott Bernard Will was convicted of five bath salts-related counts in U.S. District Court in Marquette. He’s scheduled for sentencing next week. UPSET’s sources are informing them that bath salts can’t be bought in the region anymore and that Will’s case is the reason.

“The bath salt issues, the spice, that pretty much was eliminated, but there still are some huge problems here,” Sholander said.

Funding for treatment programs has been eroding in Michigan for years, but some of those attending the meeting believe a piece of legislation can change that. Michigan House Bill 4891 would set aside 9.5% of the state’s revenue from alcohol sales, taxation and fees for substance abuse treatment and prevention programs statewide.

“Substance abuse services have not been fully funded, from our perspective, literally for decades,” Western U.P. Substance Abuse Coordinating Agency regional coordinator Mark Halkola said. “In contemporary times, because of the state’s economic situation up until very recent days, funding has not been available to increase allocations for programming to the extent that we believe necessary.”

But community education may be more important. “Drug enforcement always does its part, but drug awareness with it kind of makes that whole process go a little bit smoother,” Sholander said.

Drug team funding is another important piece. State support is limited, and since UPSET can no longer obtain funding from asset forfeitures in the cases it handles, it has to rely on community donations.